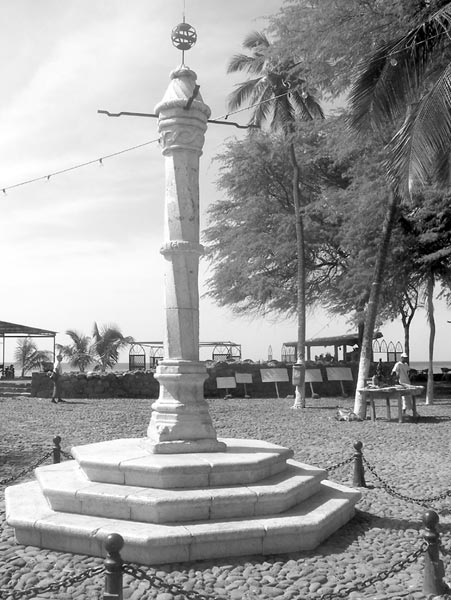 I have seen quite a few records for ancestors in Brava and Fogo that specified their condition/status as “Liberto/Liberated”. Until recently, I assumed that this was a label to differentiate between enslaved and free blacks but Lumumba Shabaka describes in detail that Libertos were manumitted peoples who were not considered full citizens and who were, in fact, relegated to continued servitude for 7 years after manumission.
The Junta Protectora dos Escravos e Libertos or Committee of the Protection of Slaves and Freed People was established in 1856 to:

“apply manumission for infants age 5 (or younger) along with baptism and payment of 5,000 réis to the slave owner in compliance with Article 30 of the Decree; help slaves; promote freedom of slaves” following the declaration of António Maria Barreiros Arrobas, general governor of Cape Verde, noting that the Ministry of Trade of Marine and Overseas enacted the Decree of 14 December 1854, which was to promote the freeing and protection of slaves and freed persons in the overseas Portuguese provinces. (Shabaka)

Lumumba Shabaka writes in Ending Slavery in Cabo Verde: Between Manumission and Emancipation, 1856-1876
“In summary, the Junta of Protection of Slaves and Libertos ushered in the end of slavery in Cape Verde, even though it was gradual, legalistic, and elitist driven. The Catholic Church and the state collaborated to end slavery in Cape Verde, but with financial recompense for the slaveholders. Furthermore, libertos had to serve seven years of service to the state or private entities, probably to instill notions of wageworker, rather than free peasant. A popular form of punishment was ‘public works,’ which the state used to implement major projects or control the libertos, slaves, and the poor majority. Thus, ending of slavery in Cape Verde was caught between manumission and emancipation. While they were manumitted, libertos, had to perform mandatory services, against their wills and full citizenship or emancipation was still lacking.”

The Junta served as a means for enslaved people and Libertos, alike, to find relief from harsh treatment and lack of sustenance from their owners as well as serving as means to ensure that the laws and decrees pertaining to slavery on the archipelago were upheld. Ironically, the members of the Junta included slave owners! The author writes:

“Thus, the Junta’s descriptions of the stories and complaints must be read with skepticism without dismissing all the stories, such as the sketches of the plight of slaves, otherwise these marginalized people would remain nameless and voiceless in the annals of Cape Verdean history… the Junta’s deliberations allows some micro-history and biographical outlines that enable a better understanding of macro-structural developments, which is new to the study of slavery in Cape Verde.’ (Shabaka)

The author also shows how baptism was used to liberate children of enslaved women through remuneration to the slave owners by the godparents! I will write more about this in a future post.

These records are proof of my enslaved ancestors who were only recently freed!!!! One record I found for my 4x great-uncle, Joaquim, son of Victorino Correia and Isabel Duarte (my 5x great-grandparents), was described as a liberto who worked as a mariner according to his death record. I was confused at first… why include details about what he did for work???? Now it makes sense. His seven years of servitude included work on ships.

This also explains why I’ve had a hard time getting more info on Victorino and Isabel. They were slaves as well! I suspected they were not native to Brava and possibly came from Sao Nicolau. At the time my 5x great grandparents lived in Brava, the parish of Nossa Senhora do Monte was established when the Bishop of the Catholic Church moved the seat of the diocese from Sao Nicolau to Brava in 1828. The actual church was completed in the mid 1840’s. The Church was probably built with slave labor. Could my ancestors have served out their seven years of servitude in the building of a church that generations of my family would come to worshiped in???
I also found libertos on my da Cruz side in Fogo in the 1850-60’s. Prior to 1850, I have not been able to find any records for them in Fogo and suspect that they came from Santo Antão or Boa Vista. This seems to coincide with the timeframe that Mr Shabaka refers to in “Junta” records that specified situations where Libertos were compelled to complete their seven years on other islands. My ancestors may have relocated from Santo Antão to Fogo. Could they have been used to work in the coffee plantations or vineyards of Fogo for their seven years of servitude?

Where I thought I had exhausted all avenues of research to add on to my family tree, Mr Shabaka’s work has opened new avenues to add to my family’s story and a new way to look at ancestral documentation in Cabo Verde.
Too be continued…
Advertisement